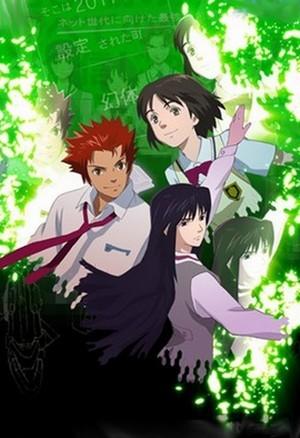 Zegapain is a 26 episode 2006 series about a high school student named Kyo Sogoru. He is a model student, gets good grades, and is the sole member of the soon to be dissolved swim team. One day he sees a beautiful girl on the diving board and rushes there in excitement for a potential new member. However when the girl dives and hits the water she disappears and Kyo has no idea what's going on. He sees the girl again, whose name is Shizuno Misaki, and asks her to be in a promo video for the swim club and in exchange he agrees to pilot a mecha called the Zegapain Altair against an enemy known as the Gards-Orm. When he asks what this world is he's told it's a game.

What follows is a tale of a world gone by that questions what it means to be human and just what is reality.

It's very hard to talk about the plot without giving away major plot points as the amount of spoilers below will attest.