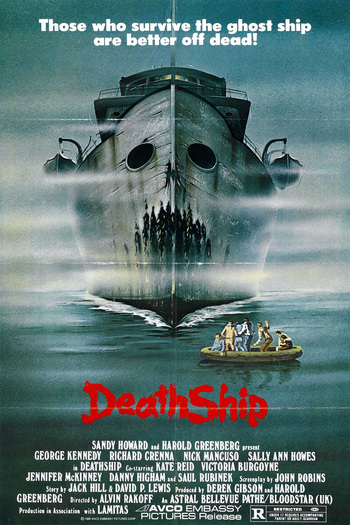 As the film opens, the prickly Captain Ashland (Kennedy) is leading his cruise ship on his final voyage, attended by his replacement Trevor Marshall (Crenna), who has brought along his family. Unknown to Ashland and his passengers, a mysterious black freighter is on a collision course. Despite the crew's best efforts, the two vessels collide and the cruise ship is lost with all hands, save for seven survivors. When they reach the freighter, the survivors discover they have a much worse fate in store for them - the ship is a former Nazi POW transport with a mind of its own. As it sails to an unknown destination, the survivors realize that something is intent on destroying them in the most horrifying ways possible...