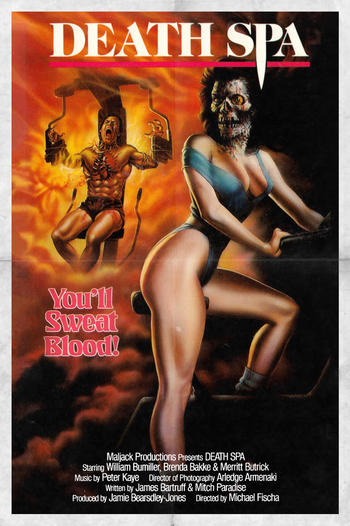 The new fitness club in town has everything a health nut could ever want: a variety of workout machines, classes taught by friendly (and frisky) instructors, and a state-of-the-art computer control system for maximum client comfort. Unfortunately it is also possessed by the evil spirit of the owner's dead wife, and before long every dumbbell, leg press, and rowing machine becomes a deadly weapon for her to enact bloody vengeance on the club's beautiful members.