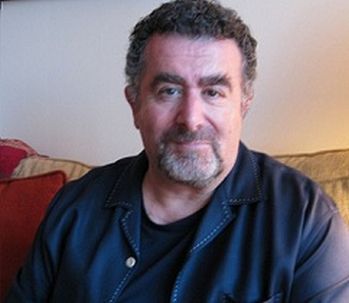 Saul Rubinek
Saul Rubinek is a Canadian actor commonly cast in roles as an Ambiguously Jewish friendly father figure, a Rules Lawyer, or The Professor. Born July 2, 1948 in Wolfratshausen, West Germany, his Jewish parents fled from Nazi Germany to Canada, where he was raised and later began his film career.
Advertisement:

His most prominent roles so far have been as Artie Nielsen in Warehouse 13 and Leon's father David in The Trotsky, but he has had supporting roles in episodes of The Equalizer, Frasier, Law & Order, Curb Your Enthusiasm, Star Trek: The Next Generation, Stargate SG-1, Leverage, The Outer Limits (1995), Psych, and Person of Interest, as well as films like Sweet Liberty, Unforgiven, Getting Even with Dad, True Romance and Wall Street.

He has also written a play called Terrible Advice that premiered in September of 2011.

Tropes commonly associated with Saul Rubinek or his roles: