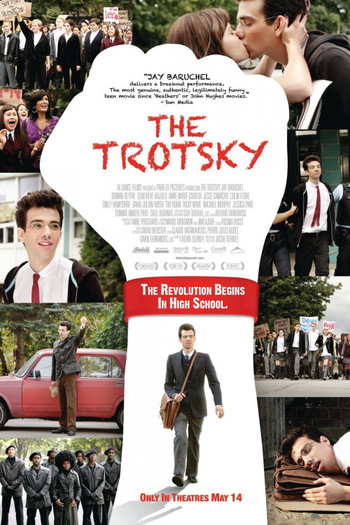 A 2009 Canadian film starring Jay Baruchel as Leon Bronstein, a high schooler who believes he is the reincarnation of Leon Trotsky - yes, that Leon Trotsky. After leading a remarkably unsuccessful hunger strike at his wealthy father (played by Saul Rubinek)'s factory, Leon transfers to the local public school and is shocked by the so-called injustices of the administration. He resolves to create a union and leads a ragtag team of students in accomplishing this goal, all while wooing a grad student named Alexandra (Emily Hampshire), whom he believes he is fated to marry.