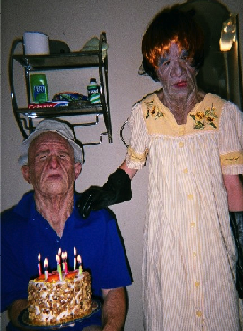 "We choose to live like free people."
sometimes it's nice just to destroy shit
Advertisement:

An independent film, directed by Harmony Korine, tells the story of the title characters, four elderly hooligans who live up to their names, and the urban Crapsack World they inhabit.

Senseless destruction, casual murder, abuse, and so much more are simply par for the course.