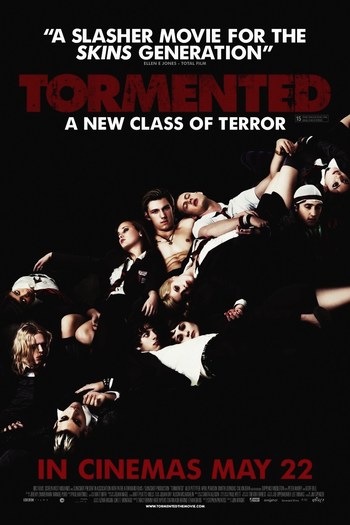 School's out. Killing's in.
Advertisement:

Something vengeful is happening at Fairview High...

Head Girl Justine Fielding couldn't be happier with her prep school life. She's quickly fitting into the 'in' crowd, the local heartthrob wants to date her, and she's primed for Oxford University. Sure, the suicide of bullied asthmatic Darren Mullet was a drag, but she didn't even know the kid.

But when strange texts begin to come in and gruesome killings slowly build, she learns that there's more to her new friends than she thought. As paranoia mounts and they slowly start to turn on each other, the brutal body count begins to slowly rise.

And while she didn't know Darren, he knew her...