Film / The Inventor: Out for Blood in Silicon Valley 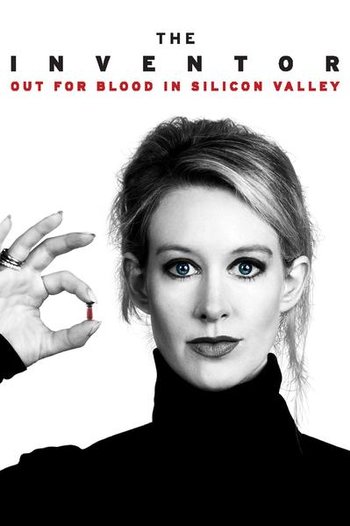 The Inventor: Out for Blood in Silicon Valley is a 2019 documentary about the entrepreneur Elizabeth Holmes, who claimed to have invented a revolutionary blood-analysis machine and was eventually revealed to be a fraud. The story chronicles her building her company, her marketing of the Edison (despite the fact it didn't work), and repeated attempts to fix the problem before her fraud was discovered.

The documentary has been both praised as well as criticized for its handling of its subject matter. Many believe the work was too generous to Elizabeth Holmes, suggesting that her motives were good and she genuinely believed in the project versus was simply engaged in the long con.

Out for Blood had its world premiere at the Sundance Film Festival on January 24, 2019. It was produced by HBO Documentary Films and Jigsaw Productions with a television premiere on March 18, 2019 on HBO as well as its streaming platforms.