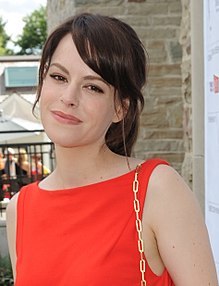 She is known for a wide range of roles in film and television, most notably as Stevie Budd on CBC's acclaimed 2015 comedy series Schitt's Creek and Jennifer Goines on the 2015 Syfy drama series 12 Monkeys. She has also done voice work in a number of Canadian cartoons, including on the Animated Adaptation of Canada's iconic novel Anne of Green Gables as Anne's best friend Diana Barry and on Nelvana's Gothic comedy Ruby Gloom as the perpetually depressed and luckless Misery.

In 2018, she announced her engagement to musician and songwriter Teddy Geiger, but she announced she had broken it off in June of 2019. She is pansexual, saying her role as Stevie from Schitt's Creek (who is also pansexual and explains her pansexuality via a metaphor) made her realize this.