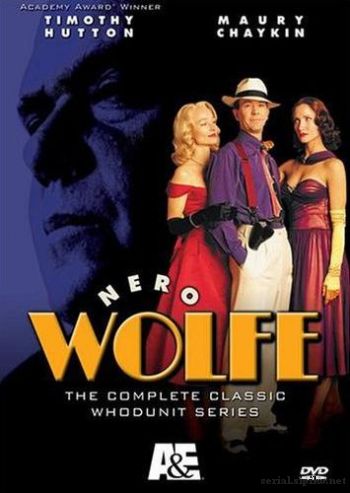 A series of TV adaptations of the Nero Wolfe mystery novels and short stories written by Rex Stout, broadcast on A&E between 2001-2002 and starring Maury Chaykin as Wolfe and Timothy Hutton as his legman Archie Goodwin.

The series is incredibly faithful to the original stories, remaining firmly set in the amorphous mid-40's-to-60's of the books while lifting large portions of Archie's narration directly from the text. The show was notable for its approach to guest casting — aside from Chaykin, Hutton and a handful of other recurring characters, one-shot characters would often be played by the same core group of actors, much like a repertory theater, so that the murder victim one episode might be the murderer the next.