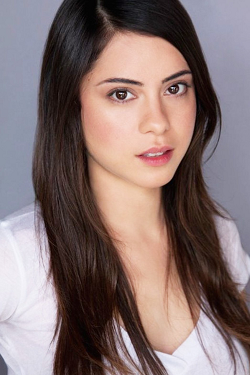 She's primarily known for her comedy and sci-fi roles. Her most famous role to this day is that of Alita/"99" in Alita: Battle Angel, the long-gestating movie adaptation of the manga Battle Angel Alita.

Rosa Salazar and her works provide examples of: