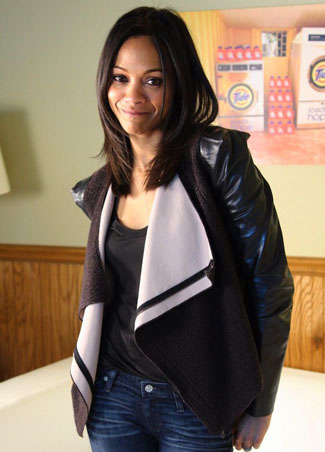 "I just want to be a part of great stories, whether I'm part of an amazing ensemble cast or I'm leading it or the antagonist or whatever."
Advertisement:

With the record smashing success of Avengers: Endgame, she has the distinction of being the first person ever to get a starring credit in not only the all time box office champion but also the runner-up. Coupled with her role in Avengers: Infinity War, she has starred in three of the only five films to cross over $2 Billion at the box-office.

She has been married to Italian artist Marco Perego since 2013, and they have three sons together. The couple adopted each others' surnames as a part of their own upon marrying.