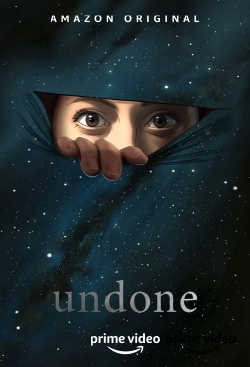 Undone is an animated surrealistic comedy-drama/psychological thriller/mystery series created by Raphael Bob-Waksberg and Kate Purdy (both of Bojack Horseman fame) for Amazon Prime. The rotoscoped show premiered on September 13, 2019, and features Rosa Salazar as the protagonist Alma, while also costarring Bob Odenkirk, Constance Marie, Angelique Cabral, Daveed Diggs, and Siddharth Dhananjay as the supporting cast. A second series was commissioned and premiered on Amazon Prime on April 29th 2022.

Undone tells the story of Alma Winograd-Diaz, who after surviving after a car accident, finds that she can connect with her long-deceased father Jacob and starts to develop abilities to manipulate time and space. With these newfound powers, Alma tries to uncover the mystery of her father's death.