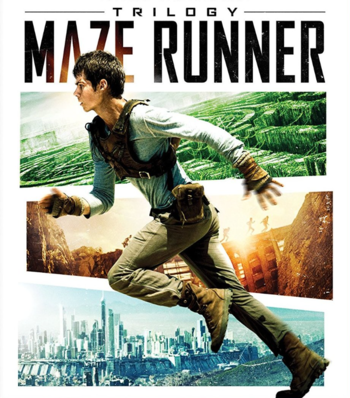 Solve the Maze. Survive the Scorch. Smash the Last City.
"Get ready to run."
— Tag Line for the the first movie
Advertisement:

The film franchise that is based on The Maze Runner book series by James Dashner.

The films included in this series are: