Film / The Killing of a Sacred Deer 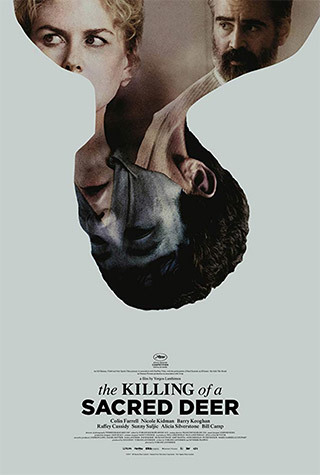 The Killing of a Sacred Deer is a 2017 Psychological Thriller directed by the Greek director Yorgos Lanthimos starring Colin Farrell and Nicole Kidman.

Dr. Steven Murphy (Farrell) is a renowned cardiovascular surgeon with a wife (Kidman) and two children that share an idyllic suburban life. Eventually, a strange, fatherless teenage boy named Martin begins getting more and more involved in the Murphys' lives with a personal grudge and mysterious powers that, combining with a resurfaced tragedy, will affect the family irreversibly.