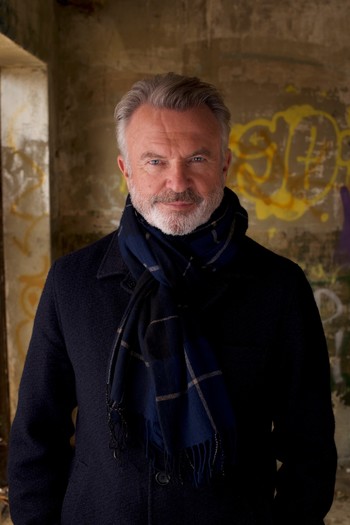 Lafayette, Dr. Grant, the Antichrist, and Merlin all in one.
"When I started in films, it never really occurred to me that I could make a career out of acting."
Advertisement:

He's best known for his roles in Jurassic Park, the miniseries Merlin, Omen III: The Final Conflict, The Hunt for Red October, and Daybreakers. He also appears to have stopped aging since the 1980s, which makes you wonder whether he really is Merlin. (Or maybe he's Satan—after all he did play the Antichrist in a movie!)

He was married to Lisa Harrow, with whom he has a son, Tim Neill.

Selected works in which Sam Neill has appeared: