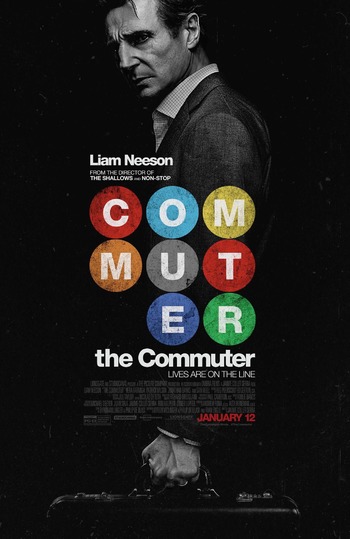 Every passenger is a piece of the puzzle.
"A passenger on this train doesn't belong. They're carrying a bag, but you don't know what it looks like. All you have to do is find them before they get off."
— Michael MacCauley
Advertisement:

Michael MacCauley, an Irish-American NYPD detective turned insurance agent who returns home by train, is offered a total of $100,000 by a woman named Joanna if he helps her identify a passenger going by an alias. After taking the first $25,000, he quickly finds out that he's been dragged into a massive conspiracy.

The Commuter contains examples of: