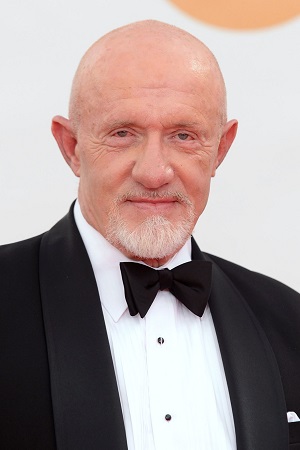 "Boy I could do this forever; I truly enjoy bad guys."
Advertisement:

Jonathan Ray Banks (born January 31, 1947 in Washington, DC) is an American actor. With his hangdog expression and gruff, deep voice, Banks is often cast as authority figures on both sides of the law, sinister figures or otherwise extremely deadpan characters. His first notable film roles were in the films Airplane!, 48 Hours, and Beverly Hills Cop. He has received critical acclaim for his roles in the TV shows Wiseguy, Breaking Bad, and Better Call Saul.