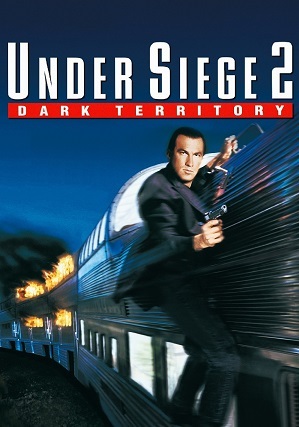 Under Siege 2: Dark Territory is the 1995 sequel to 1992's Under Siege, starring Steven Seagal.

When Casey Ryback is travelling with his niece by train, a group of mercenaries led by a former government operative hijack it. The terrorists plot to commandeer a new orbital satellite-based superweapon, and use it to destroy the United States eastern seaboard for fun and profit. What ensues is not fun and profit.