Film / Under the Cherry Moon 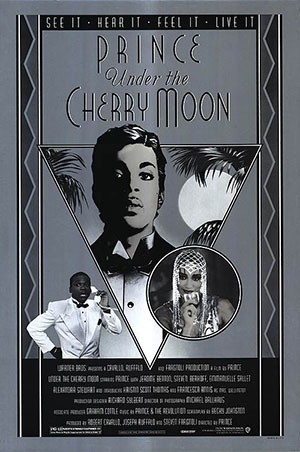 Under the Cherry Moon is a 1986 American musical comedy drama film directed by and starring Prince in his directorial debut. The film also stars former The Time member Jerome Benton, Steven Berkoff, Kristin Scott Thomas (in her feature film debut), and Francesca Annis.

Gigolos Christopher Tracy (Prince) and his brother, Tricky (Benton), swindle wealthy French women. The situation gets complicated when Christopher falls in love with heiress Mary Sharon (Thomas) after planning to swindle her when he finds out that she receives a $50 million trust fund on her 21st birthday. Mary's father Isaac (Berkoff) disapproves of the romance and provides an excellent adversary for Christopher. Christopher rivals his brother Tricky for the affection of Mary.