Film / Under the Rainbow 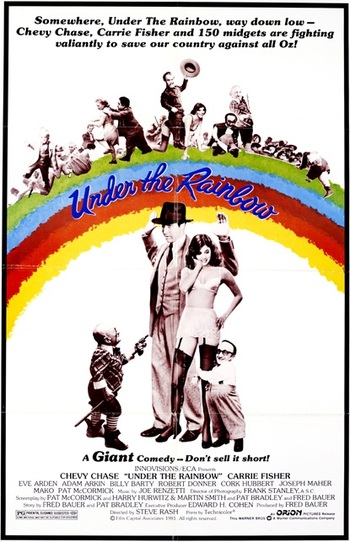 Under the Rainbow is a 1981 American comedy directed by Steve Rash, starring Chevy Chase and Carrie Fisher. It involves a disparate group of people checking into a Hollywood hotel during the production of The Wizard of Oz in 1938.