open/close all folders
Both Series
Advertisement:
Mike on Breaking Bad 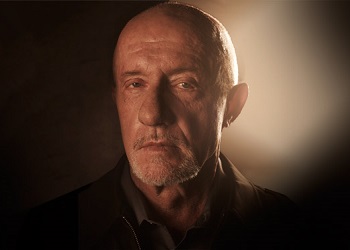 "No more half measures, Walter."
"I assure you I can kill you from way over here, if it makes you feel any better."

Mike Ehrmantraut is Gus' number one hitman, investigator, and all around problem fixer. Extremely loyal to Gus. Gets along with Walt at first, but stops liking Walt as Walt does more reckless stuff that threatens to ruin their operation. Then he starts to develop a mild respect and even affection for Jesse. Despite a brutal profession, Mike at least acts like a decent person and loves his granddaughter. 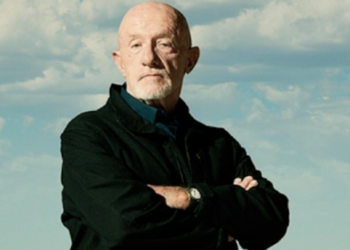 "You know what happened. The question is can you live with it?"
"We all make our choices, and those choices - they put us on a road. Sometimes, those choices seem small, but they put you on the road. You think about getting off... but eventually, you're back on it... and nothing - nothing - can be done about that.''

But before all that, Mike was a cop in Philadelphia – that is, until he took an early retirement due to a series of dark events that he'd prefer to keep buried in the past. A recent transplant to the Southwest, Mike has come to Albuquerque to pursue a quiet life as a grandfather. However, his specialized skill set lends itself easily to the criminal world, and he soon finds his talents are in high demand.