Film / The Con is On 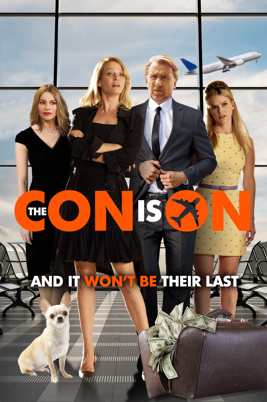 The Con Is On is a 2018 heist comedy film directed by James Oakley and co-written by Alex Michaelides and Oakley. The film stars Uma Thurman, Tim Roth, Alice Eve, Sofía Vergara and Maggie Q.

This caper comedy stars Uma Thurman as Harriet and Tim Roth as Peter, a con-artist couple cooking up a jewel-theft scam in L.A. to pay off sexy gangster Irina (played by Maggie Q). Having squandered Irina's loot one drunken night, Harriet and Peter escape to Hollywood, where they plot to steal a priceless jewel from Peter's loopy ex-wife (Alice Eve) to repay the debt.

Tropes in The Con Is on include: