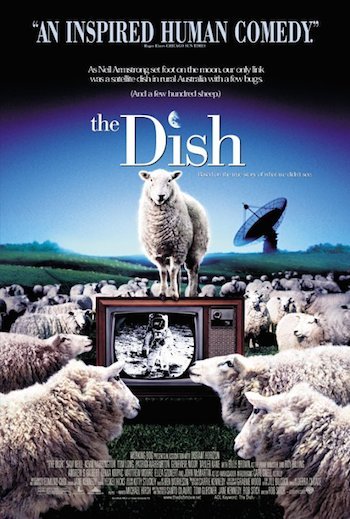 But I thought The Dish logo was a kangaroo...
Advertisement:

The Dish is an Australian comedy from Working Dog Productions, directed by Rob Sitch.

It is set in the rural town of Parkes in 1969. In the middle of a sheep farm sits its main claim to fame: A large radio telescope, over which Australia and the United States are joining forces so that the Moon landing can be relayed to eager viewers across the world.

The Dish explores 1960s culture, specifically the cultural differences between Americans and Australians, whilst casting a comical eye over the people of the rural town. Sam Neill stars as Cliff, director of the Parks radio telescope facility.

Not to be confused with the spin-off of The Soup that ran on the Style channel, or former The New Republic editor Andrew Sullivan's news aggregator/blog