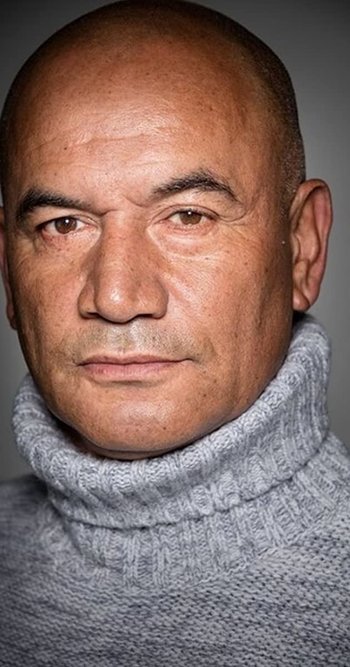 "I’m a simple man making his way through the galaxy."
Advertisement:

He is primarily famous within his native country for his roles as Doctor Ropata in the iconic Soap Opera Shortland Street and Jake "the Muss" Heke in Once Were Warriors.

Outside New Zealand, he is best known for his appearances in Star Wars, portraying Jango Fett as well as providing the face and voice for the Republic troopers in the prequels' era from Attack of the Clones onwards (not for the animated series, however), since they are all cloned from Jango. He also voiced Boba Fett (another clone of Jango, treated as his son) in several post-Prequel Trilogy entries (the Battlefront video game series most notably), and eventually got to play him in live-action in Disney+ shows, beginning with The Mandalorian.

After earning the respect and admiration of the Tribe, Boba Fett creates his own Gaderffii Stick.

After earning the respect and admiration of the Tribe, Boba Fett creates his own Gaderffii Stick.