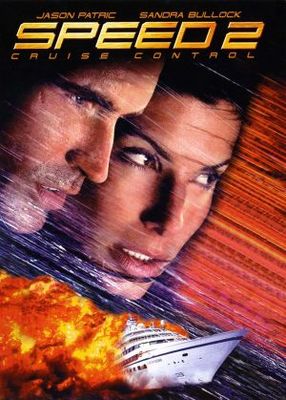 The sequel to Speed, released in the year 1997.

Turns out that Annie's (Sandra Bullock) relationship with Jack didn't work out, and now she is seeing another police officer named Alex (Jason Patric). He takes her to a trip to the Caribbean, aboard the cruise ship Seabourn Legend. Unfortunately, the easy-going vacation comes to a halt as a disgruntled computer programmer named John Geiger (Willem Dafoe) takes control of the ship, and sets it up with explosives.

This sequel provides examples of: