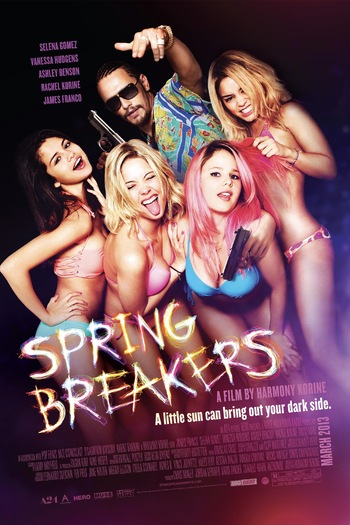 The film revolves around four female college students looking to split campus for spring break in Florida, but there's a snag in their plan: they don't have nearly enough cash to cover the trip. As a means of covering the costs, they do what anybody else in their situation obviously would, and that's to rob a fast-food place for quick money. Once they have enough to go, they enjoy all the typical activities of a spring break trip...until they end up in jail. As if their trip couldn't go any more wrong, they're inexplicably bailed out by a drug-dealing, wannabe rapper. And somehow, it goes even more downhill from there.