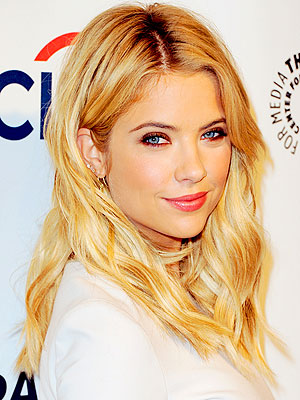 Ashley Victoria Benson (born December 18, 1989) is an American actress. She is best known for her role as Hanna Marin in the hit TV series Pretty Little Liars. She has also portrayed Abigail Deveraux on the NBC soap opera Days of Our Lives and Brit in the 2012 crime thriller film Spring Breakers.

No relation to Jodi Benson.