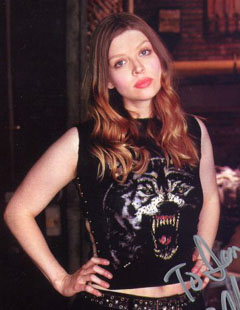 Amber Nicole Benson (born January 8, 1977 in Birmingham, Alabama) is an American actress, novelist and filmmaker, best known as Tara Maclay, Willow Rosenberg's girlfriend and fellow witch in Buffy the Vampire Slayer. She has also directed movies, such as Chance, Lovers Liars And Lunatics, and Drones, and in recent years has focused on writing novels, such as the five-book "Calliope Reaper-Jones" series, and Clueless: Senior Year, a graphic novel sequel to the film.