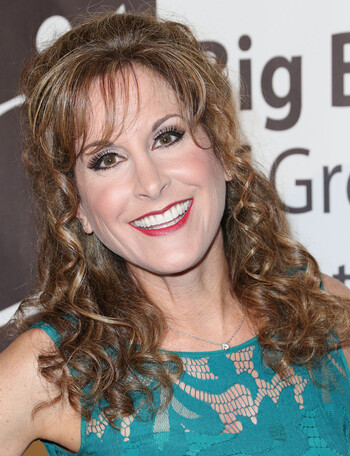 "I pretty much came out of the womb singing. I think I sang all the time."
Advertisement:

Jodi Marie Benson (née Marzorati; born October 10, 1961) is an American actress, voice actress, and singer. She's best known for voicing Ariel from The Little Mermaid, a role she's reprised in all future projects since, making her the longest-running voice actress for a Disney Princess. She was born and raised in a Catholic environment, graduating from Boylan Central Catholic High School in Rockford, Illinois. She married actor/singer Ray Benson in 1984. They have two children, McKinley and Delaney.

On September 13, 2022, she published her memoir, Part of My World, which tells her story of how she went through life as well as her involvement with The Little Mermaid and other stage productions she did before and after.

She has no relation to Robby Benson (the voice of the Beast), or Ashley Benson for that matter.

Here are tropes associated with her: