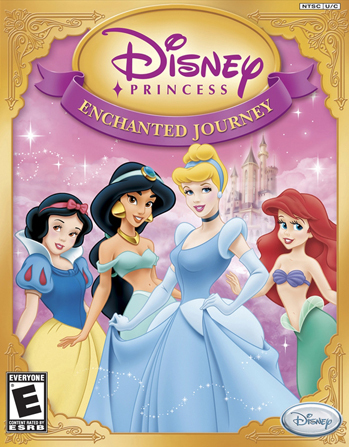 One day, a young girl discovers a pixie in a forest. The pixie leads her to an abandoned, beautiful castle, where she discovers the realms of the Disney Princesses—and also discovers that the realms are in danger due to mischievous creatures called Bogs, who are causing havoc in each of the lands and stealing their time, color, sound, and trust.

In order to become a true princess and save the kingdom of Gentlehaven, the girl must save the Disney worlds one by one with the help of her magic wand. With the power of the wand, she can turn the Bogs into butterflies and undo what their magic has done.

Featured princesses are Ariel from The Little Mermaid, Jasmine from Aladdin, Cinderella from Cinderella, and Snow White from Snow White and the Seven Dwarfs. Belle from Beauty and the Beast is also seen in a bonus world unlocked with passwords, or after clearing the game.