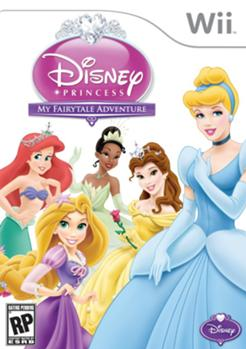 The player character is a young girl in training as the Fairy Godmother's apprentice. One day, while practicing with her wand, she accidentally changes the friendly Sprites into mischievous Imps, who escape to the Disney Princess kingdoms to cause havoc. Setting out to fix what she's done, the girl travels to the worlds of the Disney Princesses to save their kingdoms and stop the Imps.

Featured princesses are Ariel from The Little Mermaid, Cinderella from Cinderella, Belle from Beauty and the Beast, Rapunzel from Tangled, and Tiana from The Princess and the Frog.