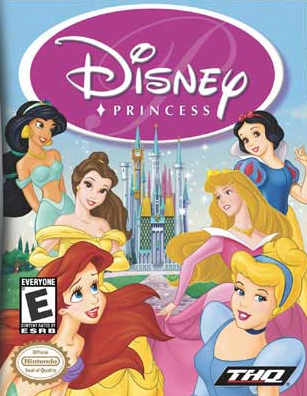 Disney Princess is a 2003 Game Boy Advance video game about the Disney Princess line. The player guides each of the princesses through worlds based on their movies. There are minigames to play and boss fights to overcome, as well as a healthy dose of exploration.

Featured princesses are Snow White from Snow White and the Seven Dwarfs, Cinderella from Cinderella, Aurora from Sleeping Beauty, Ariel from The Little Mermaid, Belle from Beauty and the Beast, and Jasmine from Aladdin.