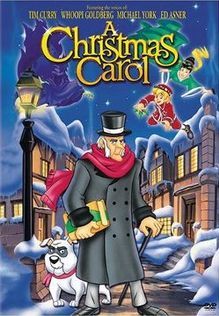 The adaptation is fairly straightforward and keeps in many smaller details from the book, while streamlining the main story. Scrooge was also given a bulldog pet named Debit for comic relief purposes. Other stars include Whoopi Goldberg as the Ghost of Christmas Present, Michael York as Bob Cratchit, Edward Asner as Jacob Marley, and Jodi Benson as Belle.

Not to be confused with Christmas Carol: The Movie.