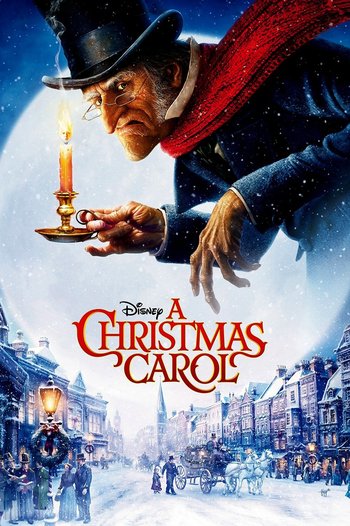 A Christmas Carol is a 2009 Disney film adaptation of the Charles Dickens novella of the same name, one of many. Directed by Robert Zemeckis and made using Motion Capture, it stars Jim Carrey as Ebenezer Scrooge and all three of the Christmas spirits.