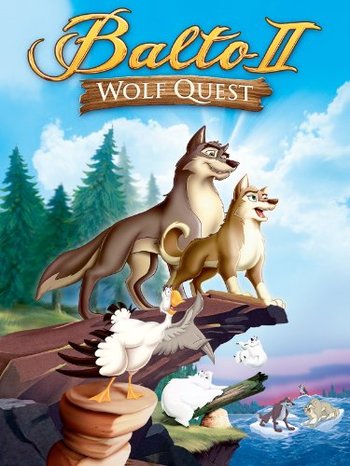 After all of Aleu's five siblings are adopted, she is left alone because she looks more wolf than dog. Left to live as a stray like her father, Aleu spends the rest of her puphood living with her father. After she's nearly killed for looking like a wolf, she's finally told of her mixed heritage. This makes her run off and try to find out her place in the world.

Released in 2002, the film differs from the original by having some musical elements. It was followed in 2004 by a second sequel Balto III: Wings of Change.