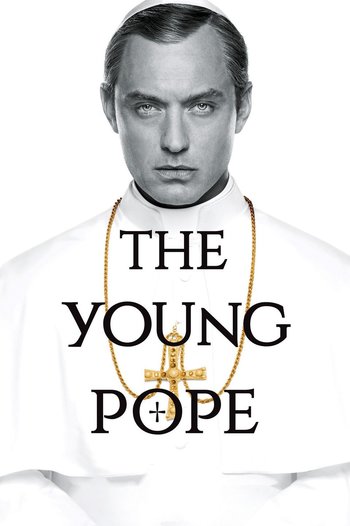 The Young Pope is a Mini Series directed by Paolo Sorrentino, starring Jude Law and Diane Keaton. It is produced by HBO, Sky Atlantic, and Canal+, and premiered on October 21, 2016.

It features a fictional pope, Pius XIII (born Lenny Belardo), the first pope from the United States of America, elected in his late forties, taking up the quest of revolutionizing the Church while he's fighting his own personal crisis of faith.

The miniseries got a sequel in the same format, The New Pope, which premiered in January 2020.