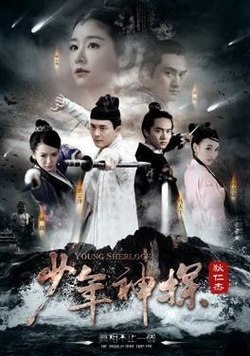 That, in a nutshell, describes Young Sherlock (Chinese: 少年狄仁杰, Shao Nian Di Renjie, "Di Renjie as a Youth"). The series features Bosco Wong as a young Di Renjie, Ruby Lin as Wu Meiniang (the future Wu Zetian) and Yuan Hong as Li Zhi, also known to history as Tang Gaozong. The series is set during the first years of Gaozong's reign, where Di and his friends first found themselves in royal company, but soon discovered various conspiracies involving court officials and old feuds, which threatened not only their lives, but also the fate of the Tang empire...