Theatre / Crazy For You 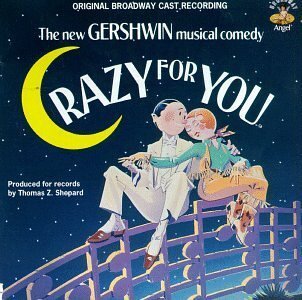 Crazy For You is a pastiche of musicals from the 30s, using 18 songs by George and Ira Gershwin, the decade’s hottest Broadway composers.

Bobby Childs is the son of a bank president who really just wants to dance in the shows of Bela Zangler, who thinks he’s a moron. When he gets sent to Deadrock, Nevada to foreclose on a theater, he meets the local post officer, Polly, who just so happens to be the daughter of the theater owner. When Bobby and Polly fall in love, and Bobby tries to help her save the theater, hilarity and Gershwin music ensue.

Crazy For You provides the following tropes:

Bobby: Don't you ever go to the movies? Mickey Rooney does it all the time!