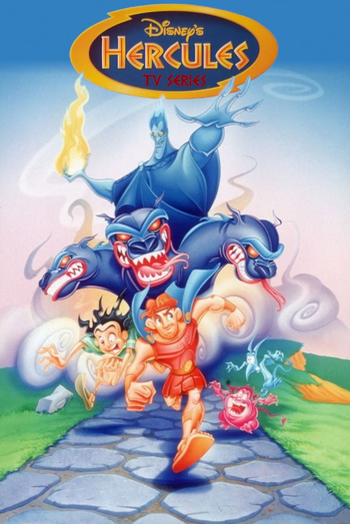 Disney's Hercules: The Animated Series is an American animated series based on the 1997 film of the same name and the Greek myth. The series premiered in syndication on August 31, 1998, and on Disney's One Saturday Morning on September 12, 1998. The syndicated series ran 52 episodes, while the Saturday morning run ran 13.

The series follows Hercules, as a teenager, training as a hero, as well as trying to adjust to life. With his free-spirited friend Icarus, his future-seeing friend Cassandra, and his teacher Philoctetes ("Phil"), he battles his evil uncle Hades. Like all teenagers though, Hercules has to worry about peer pressure when the snobbish prince Adonis ridicules him. The series notably contradicts several events in the original film, such as Hades knowing Hercules is alive, and Medusa being completely different than how she's depicted in the film.