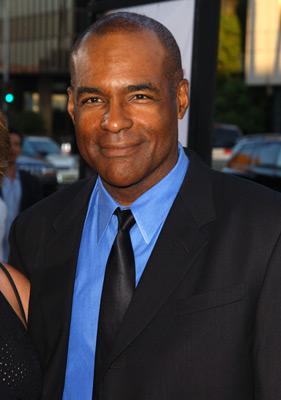 "Qapla'!"
"When you're on a series, it's tough to go on and do something else afterward. If you're smart, save your money and you can wait out the bad times, until something else comes along."
Advertisement:

Michael Dorn (born December 9, 1952) is an American actor, best known for the role of Worf in Star Trek: The Next Generation and Star Trek: Deep Space Nine. He's appeared in the most Star Trek episodes of any actor thanks to his major role on its two longest-running shows. He also has numerous voice acting credits, including recurring roles in Superman: The Animated Series, Gargoyles, Teenage Mutant Ninja Turtles (2012), Danny Phantom, Captain Simian and the Space Monkeys, I Am Weasel, Toonami, The Lion Guard, and the Fallout video game franchise. More recently, he has provided the voice of Prometheus in Arrow.