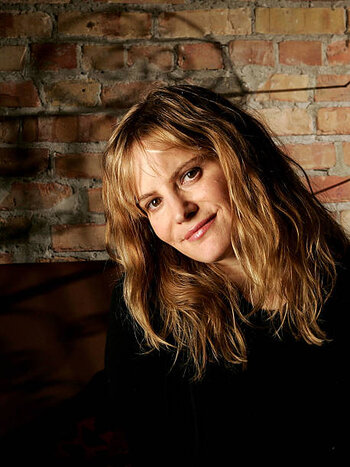 "I like a movie that the audience actively has to participate in, and not just casually observe. Whatever my part in it, just as an audience member, I find that exciting."
Advertisement:

Jennifer Jason Leigh (born Jennifer Leigh Morrow; February 5, 1962 in Los Angeles, California) is an American actor. She was Hollywood royalty even prior to making her debut in 1976, being the second and younger daughter of the late actor Vic Morrow and the late screenwriter Barbara Turner. Her younger half-sister Mina Badie is an actor in her own right.

She was once married to filmmaker Noah Baumbach, but they have since divorced. They have one son together.

Leigh's works (that don't have pages of their own) contain examples of: