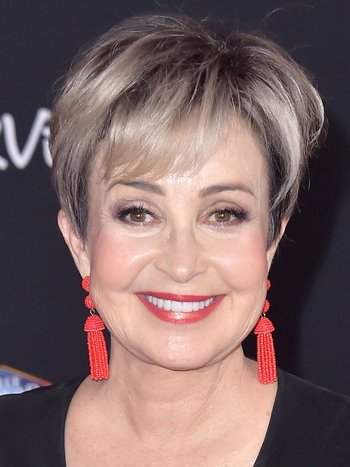 "I'm a character actor - always have been, always will be."
Advertisement:

She is perhaps best known for playing Mary Jo Shively in Designing Women, receptionist Janine Melnitz in the first two Ghostbusters films and for voicing Bo Peep in the Toy Story franchise. Her other films include Corvette Summer, Pretty in Pink, Jumpin' Jack Flash, Who's Harry Crumb? and Texasville. She has also been a regular on Love & War, Dangerous Minds, Any Day Now and Young Sheldon in addition to her numerous guest appearances in shows such as Joan of Arcadia, Law & Order: Special Victims Unit and The Fosters. She also voiced Aunt Scarlett on The Rocketeer.

Potts reprised her iconic role as Melnitz in the reboot film Ghostbusters: Afterlife.