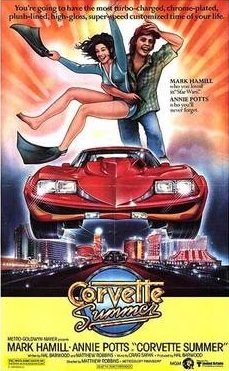 Corvette Summer is a 1978 American adventure comedy film. Car-obsessed teenager Kenny Dantley (Mark Hamill) helps build a customized Corvette Stingray for his auto shop class project, but the car is stolen almost as soon as it's finished. Kenny hitchhikes to Las Vegas, where he hears the car has been spotted. Along the way he meets Vanessa (Annie Potts), a runaway and self-described prostitute-in-training, who helps him search for the stolen car.