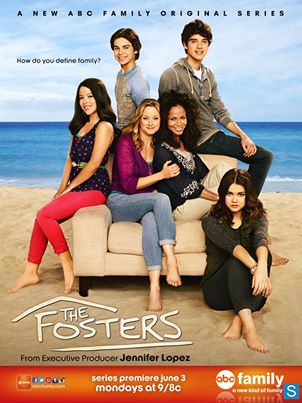 The Fosters is a drama on ABC Family. Produced by Nuyorican Productions, a company owned by Jennifer Lopez, it first aired in 2013. The series revolves around an interracial lesbian couple who have both biological and adoptive children together. They decide to take in Callie (Maia Mitchell), a troubled teen, as their new foster child.

Not to be confused with the Cartoon Network animated series about imaginary creatures that reside in a foster home. Also not related to the 1970s UK television series The Fosters, a BBC adaptation of the US series Good Times. This may explain why the BBC acquired the spinoff but not the parent show.