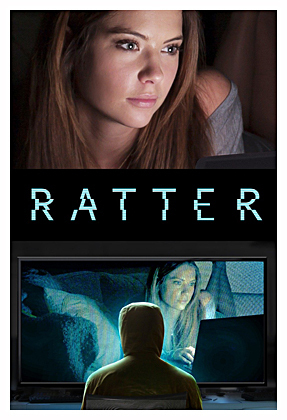 Ratter is a 2015 horror film starring Ashley Benson and Matt McGorry. Benson plays Emma, a new college student who has just moved into a new apartment. However, things take a turn for the worse when she begins receiving clues that someone is watching her.The film is notable for its voyeuristic POV, as every angle is from a device with a camera that the stalker has hacked into (a cell phone, a laptop, a Kinect, etc).