You Did Everything You Could 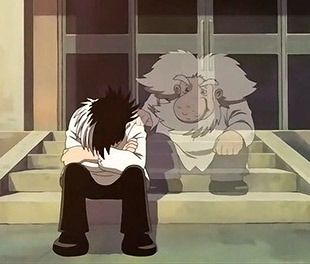 Sometimes, even the greatest fail.
"You simply cannot save everyone! Just accept it. If you aren't willing to risk the life of even one person, then you'll never save anyone!"
— Archer, Fate/stay night
Advertisement:

In every Medical Drama, almost every Cop Show, basically any show where the characters often have someone else's life/future in their hands, there will come a time when they will fail and the person they're trying to save will die (or wind up paralyzed, or in jail, or some other long-term bad thing). The character will feel incredibly guilty, but an understanding friend or colleague - sometimes even the person whose life they just ruined - will insist, "You did everything you could" or "You tried your best" or variants thereof. Sometimes the character will say the phrase him/herself, in which case the "you" becomes "I."

Usually this helps, and the character is able to move on. Sometimes they don't, and fall into depression, and after a while will have another stock phrase thrown at them: "You can't keep blaming yourself!".

On the other hand, it's sometimes countered with a taunt of "Your best wasn't good enough!" And sometimes, it may still be good enough to keep you your job.

Speaking of blaming yourself, there are other stock phrases for that. And there's also a second stock phrase for reassuring someone blaming themselves.

Compare Survivor's Guilt, Guilt Complex (when it's clear that this is true, but the character cannot stop blaming themselves), and Wangst when this trope goes too far.