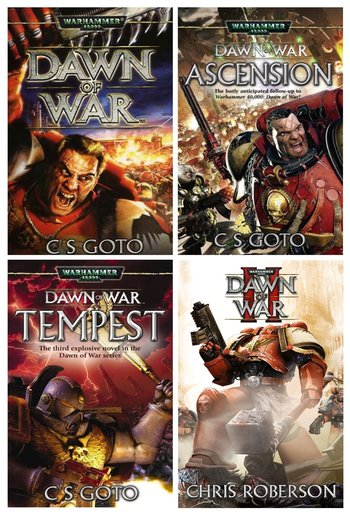 The Blood Ravens series of novels are a novelisations for the Dawn of War video game, although the first trilogy only follows the game in the original book.

Tropes used in the novels: