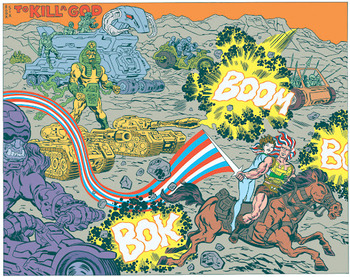 The creator of the webcomic, Tom Scioli, would later make the comic books Transformers vs. G.I. Joe and GoBots for IDW Publishing.