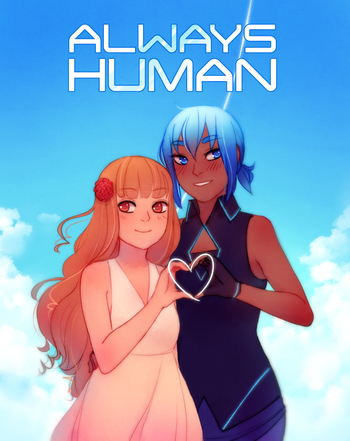 is a scifi romance webcomic set in the distant future, focusing on the developing relationship between Sunati, a VR environment designer, and Austen, a university chemistry student.

The most prominent scifi element in the story is the ubiquitous use of "mods", applied nanotech body modifications capable of practically everything from cosmetic changes to improved memory. Austen, due to an irregular immune system, cannot use them, which present no end of difficulty for her when everyone else has access to easy fixes for everything from hay fever to needing a memory boost for a test.